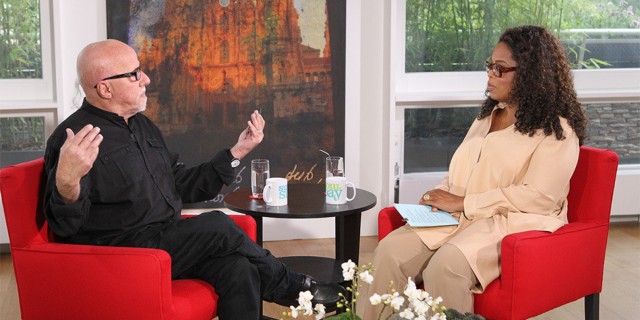 As I sat outside in the patio taking in the night, I came across Oprah and Paulo Coelho’s interview. I watched it, and was intrigued. I had always heard about The Alchemist, but had never read it. A few days later, I found myself glancing at Oprah’s face in the news stands. You see, I have about 10 magazine subscriptions and always get them for free with my mileage points, so it made no sense to buy one magazine full price. But I remembered a story from my client about how she was totally broke and something in her told her to buy a magazine, in it was a job that got her into the industry she was supposed to be in. You see, she used what little she had and paid in faith. She was rewarded well for her faith. I always remember that story.

Anyways, I bought that Oprah magazine and went to eat lunch. At lunch I noticed yet again Oprah and Paulo Coelho’s interview. I read it. A few days later, I found myself wanting to go to Vroman’s and I bought that 25th anniversary edition. You see, in 1988 Paulo published The Alchemist, this was the year I was born. You might think it is all a coincidence, but I think not. You see when I read about the omens in the book, about how God sends us messages through people and omens, I knew that my life has always been that way. Everything in my life was orchestrated for me to live my Personal Legend, as The Alchemist describes. 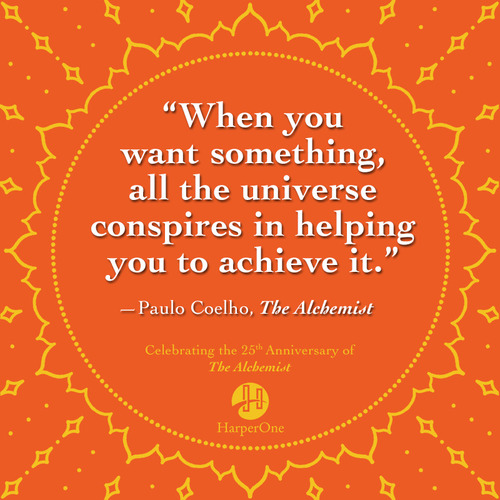 You see, if life was simply about attaining wealth, learning to love and be loved by people, attaining things…it would be, well, so practical. Our lives are spiritual journeys into greater destinies and I see our lives as legends. You see, the reason movies are so captivating is because people in movies actually GO AFTER WHAT THEY WANT. You see a man who loves a woman, he chases after her despite continued rejection or obstacles. You see woman living their dreams, dancing on stages around the world. The heroes overcome the obstacles which prevent them from living their highest callings.

In real life, well, we often settle. How many of us are actually living our Personal Legends?

We overdose on alcohol, drugs, sedatives, food, media, useless articles and videos only to confuse our hearts. We refuse to face our hearts because we have disappointed ourselves for far too long. Perhaps you have decided to ignore the little voice within that tells you to make a move, to make a change…because change, can be uncomfortable.

Paulo experienced “one of the definining moments of his life: he walked the five hundred- plus mile Road of Santiago de Compostela in northwestern Spain. On this ancient highway, used for centuries by pilgrims from France to get to the cathedral said to house the remains of St. James, he achieved a self-awareness and a spiritual awakening that he later described in The Pilgrimage”

I believe that when we leave everything we know or are comfortable behind, something miraculous happens; actually in that personal spiritual awakening of love do we truly walk into the authentic destiny we were meant to walk.

You see I believe that whoever I have connected with, even by reading their book, I have now agreed to carry their torch. It’s been 25 years since this book has been written. Many spiritual and political leaders are aging and tiring out. It’s time for my generation of people (20’s and 30’s) to wake up. A few days ago, I had an Art Show and Party. I gave a very relaxed presentation reading of my ebook and 2 secrets of how to live your personal destiny. Someone mentioned that it should be called Ted Talk in the Living Room. I realized that I could deliver my message in any format I wanted to, in jeans, in shorts, in a t-shirt. I realized that I didn’t have to wear uptight dresses or have my makeup be perfect. Maybe my audience are actually people who want to be authentic in every way, completely themselves, no pretentiousness.

I look forward to writing books that are epic, that 25 years from now, I’ll look back and see that I wrote this blog post. If you haven’t purchased your own ebook on How To Make Money Doing What You Love:::::: ————-> CLICK HERE! 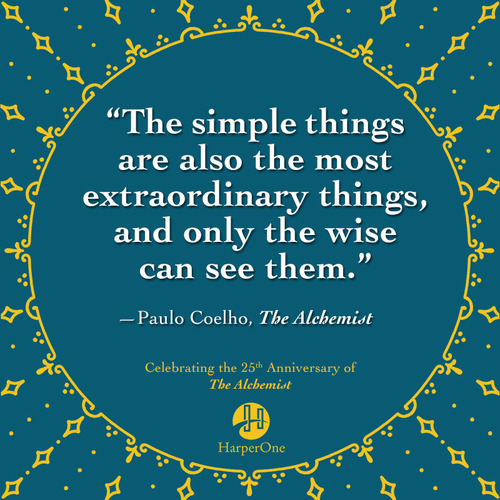 2 thoughts on “Living Your Personal Legend”