Some actors I met waiting to go into the studio to do audience work (and we got to go home).
Today I met a creepy guy on the bus and I was like ugh, but God said “open your heart”. He said I was very pretty. I sat down to eat a hot dog and heard God say “it’s time to go” so I did…even though my heart was not open. I wanted to continue brooding.
I was feeling lazy, but I went and met a lady and asked if she knew Jesus. She said she goes to church and temple. She had just walked out of a senior home. After we talked, bus 14 came and I headed towards Beverly Hills.
On the bus, I started to have a sense that the guy next to me was going to the same place.
I asked if he was also going to CBS studio and he said how did I know. I said I was a prophet. LOL
He said he just arrived from New York and it was his first time. We were waiting to go into the studio but somehow because I went to go get a subway….I was just on time….so then they had enough people for the audience. They said we could go home after we waited for 45 minutes, I ended up talking to everyone in line. I asked this one girl if she was Romanian and she said how did you know? I said God told me.
They said we could go home and we’ll still get paid.
I said Lord your grace is sufficient isn’t it.
I start walking towards the farmer’s market and the same guy from the bus appears. I ask if he is going there too and he said “how did you know?” We started talking about traumas and such. He asked how I got the gift of prophecy and I asked if he knew Jesus and he said he knows of him but is open to all religions, so I said after I received Jesus I could hear HIs voice. Then I started getting more vivid visions of people and knowledge about their lives.
He said he was spiritual and open to all things. He said he also smoked some weed to open his mind and grew up Buddhist.
We talked for awhile…
I am amazed by how GOD arranged us to sit next to each other on the SAME bus, then we were sent home but we BOTH went to the farmer’s market so that we can talk.
GOD NEVER LEAVES A SHEEP BEHIND!

So I get a voicemail from a casting person. I don’t know what show it is for but I call back. He asks me questions about why I want to dance, and what hindered me. As I am talking I start crying. I’m like wow this is like a therapy session. I cry because I tell him that whenever I told my mom that I was pursuing my dreams, she’d tell me to live in reality.
So then I go home on the bus and I meet a girl that WORKS AT DISNEY corporate so I tell her about my date at Disneyland.
I then meet another girl and she gives me a quarter when I tell her I am fundraising for ministry. This quarter says “THE RIVER OF NO RETURN” and under it says “WILDERNESS”.
The Lord tells me to pray for her and I say “YOU WILL NOT GO BACK TO THE LAND OF HOPELESSNESS and wilderness!” Even though she does not believe in God specifically, she says….”wow my cat died and my boss is not nice to me”. She took a 3 hour bus to work everyday, working at a the dollar store. She is 19 years old, lives with her BF and her parents are divorced.
I said that TOMORROW YOU WILL FIND ANOTHER JOB closer to home!

So it was a long day but I felt compelled to watch a movie about detectives and Japan. It’s actually about marriage. Tokyo was another sign that I would go there (I have been working on a project to create a show with a friend I met at an event a few weeks ago). As I’m walking to the theater I see a man with his golden retriever. The dog is so cute I’m in love. Later I see the man again, and again. My heart feels warm.
The Lord tells me to ask my mom to pick me up. At first she’s pissed but I tell her about the show. She doesn’t seem happy. She tells me I should be independent before I pursue what I want. Again she isn’t supportive of ministry or my dreams.
I have to film more footage so the Lord tells me to ask her to film it. I realize it’s the first time she’s ever seen me dance. I’m quite secretive about my blog and even my creative work with her. I’m embarrassed I guess. Sometimes I do write about her and I don’t want her to read it.
She tells me “good job”.
I’m like wow. She tells me I’ve always been creative. I’m like “did that just come out of my mom’s mouth?” I said “well didn’t you say you liked brother’s artwork more?” She said “you’re more creative”.
Well, that was my day. It’s kind of amazing I got to hear what I’ve always wanted her to say to me. I think I just wanted her to be proud of me.
My days are like LONG adventures, more like odysseys. But this is literal what my days look like. 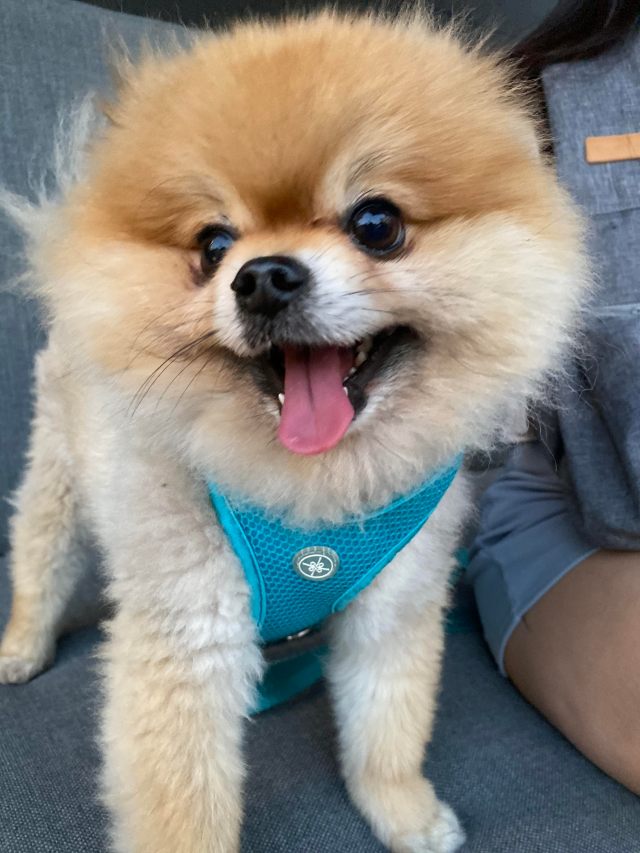 A dog I met

Sow a seed, thank you for your partnership in setting people free!

Thank you for partnering with me to reach people for Christ! https://rebekkalien.com/2019/12/23/my…