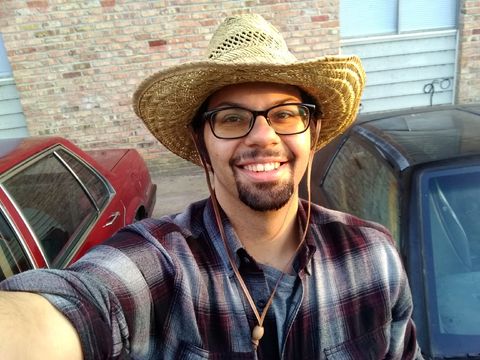 A couple of nights ago, I was in the negative in my bank account and the Lord told me to go dancing. That night I met a director, a model, and an actor, a guy from Bangledash and some other people. When I was about to walk out of the car I saw someone had sown into my ministry. I felt God’s assurance that He was providing and His hand was on me.
I decided to ask him what his story was as I usually do ask, I want to get to know my family. Here’s his story.
Haha well my “story” is far too long and would take up multiple books to tell it all but I will tell you a little.
So I saw your video posts on facebook almost a year ago as you were part of one of the groups I am in on facebook.  I followed you just a little bit but not much as I follow other ministries as well and I don’t care a whole lot for social media  (trying to change that as media presence is important today of course).
However I had many financial issues months ago and am still recovering after yet another attack from certain occult members and witchcraft against my finances.  So I was without internet for awhile and other things so I lost touch with your ministry.  Last month I started a new job building welding equipment and it was the position I had prayed for.
I have tithed for years now but never gave first fruits and despite how bad my situation was I did not care- this time I was giving my first fruits.  I prayed and made a list for almost 2 weeks and asked the Lord which ministries and how much to give.  At first you were not on my list.

Then Friday your name and face popped back into my mind.  It has been hard to hear the Lord at times lately but  perceived that he was saying that you were in need.  I took my old laptop to McDonalds and was giving to other ministries and I checked back up on you on facebook and saw one of your recent posts of being in need so I looked up your website- now knowing of course that my discernment was correct – and gave  a scriptural giving first (the 6:20 from Matthew 6:20.) however I knew that was not enough of course so moments later I gave again.

As for me- I am Roger Raymond Ballog.  Some call be Gypsy which people started calling me years ago because I am a Roma Gypsy and I am a lead guitarist and singer and composer of Christian Rock music so I just went with that name for years but now I prefer Roger B haha.
I live in Clarksdale MS – you may have heard of it it is the place with that infamous cross roads where many famous musicians have gone to sell their soul and I am totally against it of course and the demonically charged music in this area which is mostly blues.  I been saved awhile.
I am the first Holy Ghost filled and saved person in my family and am very persecuted because of it.  My family hold to false religious stuff and superstition.  Most are Catholic and also practice witchcraft of fortune telling or some form of paganism and think that is ok to put next to God.
I wanted no part after the Holy Spirit started leading me.  But as you would guess I did not come up believing.  The Lord tried to talk to me when I was a kid- but so were many other spirits.  Later when I was in my early 20s (I am now 32 going on 33)  I met a man just a little older than me and he was the first Holy Ghost filled person I ever met. He was differant.  When he spoke to me he told me about the Lord and dared me to go to church so I did.  But not because of the dare actually.  See as he was speaking the Holy Spirit was downloading into me and telling me that Jesus was the source of my needs and desires and the answer to my problems.
So I went to church at local 1st Assembly of God where my new friend in Christ James went.  I did not own a car so I walked in cold, snow, rain I did not care.  I mostly wore black and leather and had long hair in those days so I know i looked wierd to these churchy religious people.  At that time I did not know God’s ways but I wanted to know him.  So I went.  James discipled me a little and then we just kinda lost touch.  The Lord started leading me differently tho and I started to change.  I did not at first agree with the bible.  It offended me and I did not believe it so I threw it at the wall and swore it.  But I kept seeking Jesus and prayed heavily seeking to hear from God.
He started to come and speak to me very clearly and he would tell me things and when I would look them up on a computer –  I would find it was a bible verse!!  Many verses in the bible he told me before I found them or even knew it was a bible verse.  So I put aside my offense and started reading it.  Then I was led to another church- 1st United Pentecostal.
A very old timey church but full of sweet people who knew the Lord.  I knew I had to get baptized and receive Christ.  So I did there and went there for years.  After sometime I felt I had received the spirit but could not speak in tongues or something was holding me back from fully receiving the spirit.
Years later I found out why-  witchcraft and occult crap as well as spirits hindering me like the spirit of rejection.  So I later got deliverance and spoke in tongues and received the spirit.  I have seen Jesus do many outlandish miracles in my life that shock people.  I myself walk in miracles at times and it is cool.
I love praying for others and seeing them get healed or set free from demonic  oppression or supernaturally fixing things through the power of spoken word.  At the moment I am trying to get my life back together and finish my first EP.  I am also taking ministry classes amongst other things.  I am an odd guy.  I am very different from others.  I don’t seem to really fit in any crowd really.  I am especially growing tired of religion and churchiness at the moment.
I want to see great spiritual movements of God and people being blessed, healed and delivered and set free.  I see life as a musically- literally.  I want the whole world singing and dancing in the streets and losing their mind praising God. Even singing as they work instead of complaining or being negative.  Ok I will shut up now haha.
Thank you Roger for obeying Jesus when He put me on your mind.
This was another confirmation that the Lord is continuing to bring lost sheep to me, those who are a bit different, spirit led, creative folks. 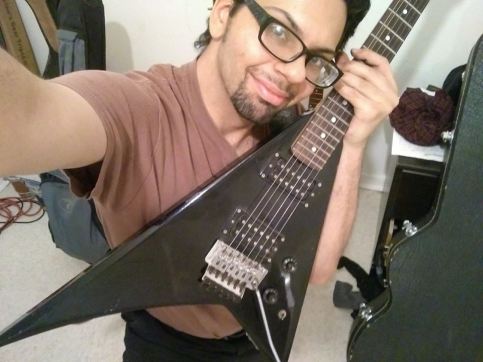 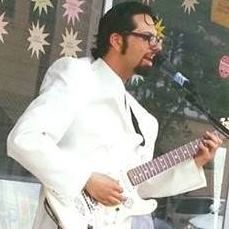 Thank you for the testimony Roger!

To give to this ministry-

Thank you for partnering with me to reach people for Christ! https://rebekkalien.com/2019/12/23/my…

“All the believers were together and had everything in common. Selling their possessions and goods, they shared with anyone who was in need. Acts 2:44”