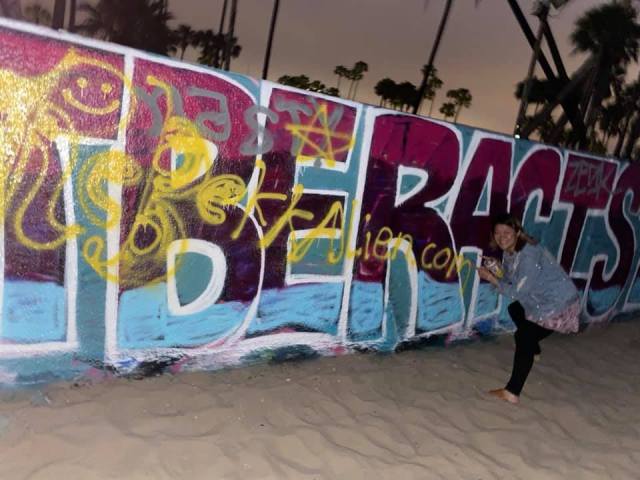 This was what God revealed to me. The previous night I had a dream that there was someone I liked and he liked me and we were sitting in the backseat. The guy I didn’t like as much was outside the car. The guy inside the car wanted to kiss me but didn’t and I thought maybe it was my hair, maybe it was stinky.

Let me ask you, “what prevents you from love?”

What stops you from going after love? From the one you actually want to be with?

Do you go after the one that seems easy, safe, comfortable?

Or do you go after your true heart’s desire? Do you go after the one that is already chasing you? The one who is sort of attractive but not what you want?

After God started bringing a bunch of divine appointments, some that were actually romantic God revealed to me a few things…

I realized that I would hang out with someone who was not attractive to me out of thinking that I had to minister to them. It was safe essentially.

I had several occurrences having to do with a friend-

I realize that I didn’t appreciate their actions because I felt like I was essentially sharing my best friend with them and there was a lot of unnecessary drama. It was not good for my heart. I felt like I was not receiving what I deserved. I had greedy guy friends that took the easy route.

So I had met this guy that I was actually attracted to at the beach after another guy tried to hit on me. I was not attracted to him physically even though he was Christian.

So here’s the deal- I realize that my heart was afraid to go after what I actually wanted. I had a breakthrough yesterday.

I didn’t need to.

I needed to go after what I actually wanted, whoever it was.

I was afraid of heartbreak.

I thought that if he wasn’t the one there was no point in spending anymore time with them, yet I was okay spending time with the ones that were safe….

The ones I would never have romantic emotions towards.

The ones that were not physically attractive to me.

Those were safe, because they were never going to break my heart.

It was safe, but it required no risk. I may never see them again, these were people I ministered to, not loved romantically. They were family but would never be a lover.

Here’s the breakthrough I had.

I finally just gunned for what I wanted, and liked. There was no reason or rhyme, no logic.

I threw off the guilt of neglecting the one that I wasn’t interested in. He waited for me, called me, I felt bad for leaving him. There is good old guilt. But why did I need to feel guilty for going after what I want?

Here’s the dilemma in life…….

I’m not going to feel bad for going after what I want anymore.

I’m not going to feel bad for being happy.

I deserve to have someone all to myself.

I am no longer sharing.

I deserve love that is exclusive.

I deserve to have what’s mine.

Are you ready for a love worth risking for?

Why invest time into someone you don’t even want to be with? There’s playing safe and there’s plunging deep.

One party needs to admit they love you, or like you and you like or love them back. Often times there is one party that does not want to invest all of them into another party. They are not ready for commitment nor want to be vulnerable enough for that kind of relationship.

But even at an emotional level….when’s the last time you simply admitted you liked someone and had that reciprocated on a plain simple term.

It is not complicated, but we are so afraid to be heart broken that we play games.

When you accept the fact that you are worthy to receive all the love from one person, you will start to realize that you were settling for less the whole time because you really did not believe you deserved it….because it’s safer to have less than the whole package.

If it fails, you won’t feel like it’s your fault

It’s not your fault, this is all a process.

Are you ready to gun it?

Sow a seed to this ministry-