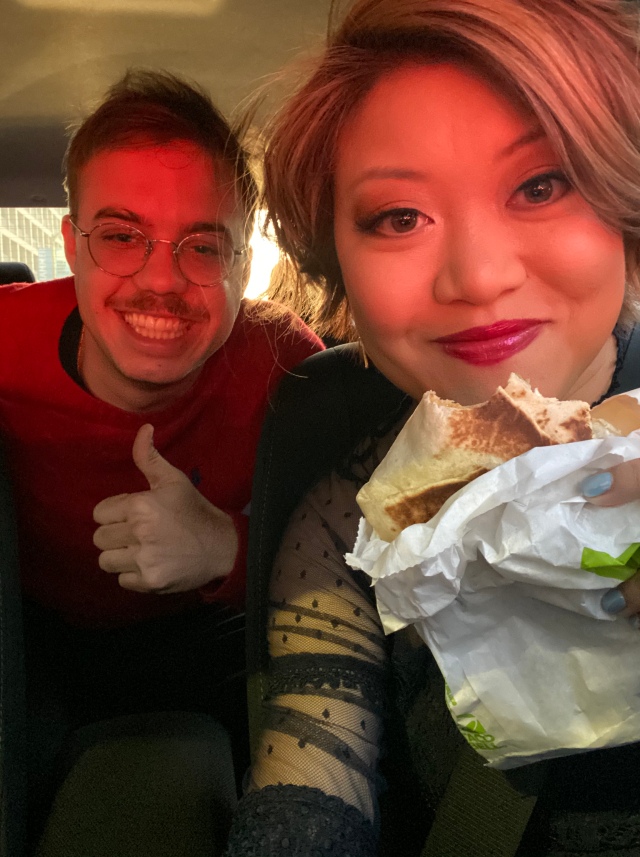 An Uber rider who grew up catholic Christian who felt accused by people. I said he was righteous in God’s eyes because of Jesus sacrifice.

What’s normal? I find my heart feeling all kinds of things. I feel it being bombarded by all kinds of people.

Are you sure God? Can I trust you with my heart? Do you know what you are doing? Because I sure feel out of control.

Recently the Lord had me start driving uber and my first rider was a drunk girl. She was Christian and had been drinking from 9am to 4pm and barely knew if it was day or night. I held her hands and prayed truth over her. I told her I loved her.

God told me to take her home but I didn’t have her home address and the address was set to another bar.

I always wanted to try uber but never had the guts to. The first day I was so paranoid that I was driving too slow and I got mad at myself for missing an exit. I was apologizing a lot but then realize people actually trust me.

I was also a bit traumatized by my moped accident in Bali in 2014 so automatic transportation freaked me out a bit. But driving has always been a hobby of mine.

The second girl was also Christian and from Romania. She said she missed home. She had blue hair and was like a mermaid. I told her I saw her singing and dancing on stage and she told me she loves singing.

Then I had a Colombian and white male ask for my number. The next day he wanted to hang out with me but then wrote some obscene stuff like “let’s f$&@”, then tried to offer me money for it. When he called he said he was just kidding.

Then later I decided to tell him that it’s not okay for a man to speak to a woman like that. He said his friend stole his phone. I said I am not going to sleep with him as I am waiting for marriage to have sex.

I was a bit traumatized. I didn’t sign up for this God.

But I spoke my truth. He apologized and I said I forgave him but could not trust him as I barely knew him. But I said Jesus died for his sins did he believe? He said yes.

I just woke up from a dream where there was a house built in the desert and this house no one would annoy. There would be no neighbors but I thought wouldn’t it be lonely? Then I dreamed my friends and I picked a squid to eat and kill but I wondered if it’s safe to eat because it wasn’t cooked. Then I found myself in England and wanted to explore all of Europe but wondered if I had time.

Yesterday I met Jewish/catholic friends, a Christian who felt condemned by his father, and a Jewish woman who bought soup for her mother. I also met a woman who converted from Christian to Jewish.

I also delivered an unknown package that might have been drugs but turned out to be a fixed phone. I really wanted to open it.

God can I trust you with my heart? When I went to South Africa I was ministering to 20-30 people on the road but now I don’t have to walk as much anymore. I just pick people up but I have to trust God with my life.

I feel a bit out of control because I have to multi-task. I have to drive, make sure I don’t run anyone over, and navigate uncharted territory and roads.

It freaks me out a bit, then I have to talk, and sometimes I’m holding their hands and praying over them.

I’m starting to see everything I’ve wanted to do in my life was going to be a ministry.

Taking uber was a ministry, driving was a ministry, what else do I want to do? I want to try being a wedding officiant, then I want to busk on the streets with my cello, play on a cruise, go to Mexico City, I mean the list is really long. All of those things are desires from the Lord to be vehicles for His name to be known and for me to testify of His grace.

If we are open to living life on the edge, we will do incredible feats and miracles to set people free from fear, condemnation and guilt.

And I’ll keep doing it, because Jesus is the one who set me free from fear.