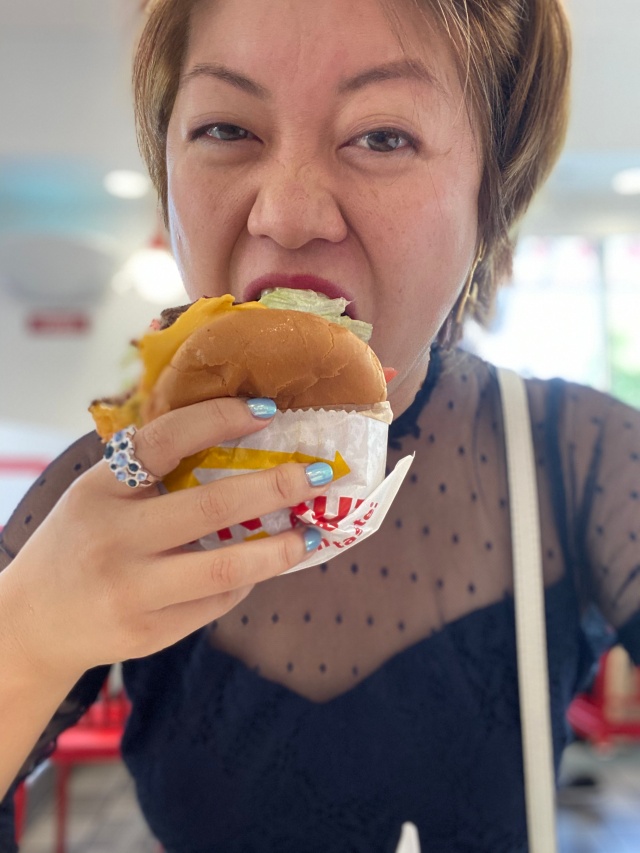 I felt like I had to get out the house. I felt in n out for some reason.

I went through drive through and kept hearing God say slow down, eat inside. So I did.

I sat down at the bar area, and kept hearing buy a house. I said how?

But then I met a man who was a real estate agent and I said he should be an actor.

Later another man came and immediately I heard “he’s a lost sheep”.

I asked what he was eating and we ended up having a similar story and background. He told me how his dad passed away a few years ago. This has been the theme in the last couple of days; I’ve already met 4 men that lost their father. And God has been using me to minister to their hearts and show them they are not orphans.

We talked for awhile about relationships and life.

Anyways I asked him for a donation and he got really defensive. So I asked him why? He said a lot of people on Facebook barely know him and ask for donations. God said ask for $1, so I did. He said he didn’t have cash.

Then I said do you feel used by people?

I said God wanted me to push that out of you. I said I felt really used by people and didn’t want to give anymore but God opened my heart to give again.

Recently God asked me to give a large amount of money to a friend in need but I struggled with it because I didn’t believe she earned it but God showed me everything is given by grace, not by my works and that I should freely receive and not try to work for it.

When I did give I felt a release in my heart where I was able to forgive those that hurt me.

I said I’m going to a wedding salon. He said is it important that you get married, he laughed. God said ask him about that topic.

He said….well it’s because I’ve been divorced and there’s a lot going into it.

I layed hands on him and prayed for him. I said Jesus is pulling every arrow of death and accusation all words that have been spoken over him. I said he is enough and not lacking in God’s eyes.

So whatever you have an emotional reaction to it’s triggering something deeper.

I told him how my mom also yells at me but I know she loves me. I prayed and told him Jesus loves him very much.