How the Holy Spirit led me here is a story I have to type out on my blog. Hmm so I was going back to shuangxi on the train and I suddenly heard God say go back to Taipei. To be honest I don’t really like staying in shuangxi because it is the country side. I’m a city girl. But sometimes I feel like I should go back because it’s easy, it’s a free place to stay and maybe my dad would have some soul deep conversation with me and I don’t want to miss out on that.

By sticking around when they don’t want to change, I’m actually hurting myself and preventing my own happiness. It’s like you stop feeling the joy and excitement of life because you are burdened and taking on false responsibility. When you’re happy, those around you can be happy too. You shouldn’t have to suffer to make others happy, in fact you’re not responsible for their happiness. God is, not you. Don’t God block!

But the Lord showed me in that moment I actually didn’t want to go back and that it’s okay to follow my heart and desires because that’s actually saying yes to the Holy Spirit. 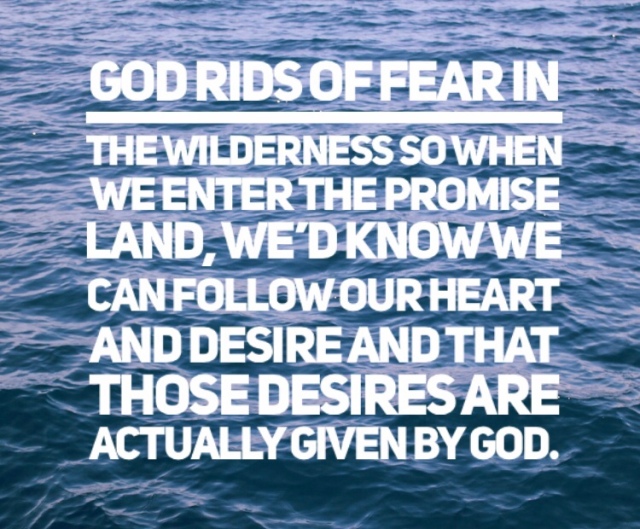 I’m like oh I stood up and took another train back to Taipei. This Buddhist reading her book was puzzled. I said God just told me I have to go back to Taipei, smile.

I didn’t know where I was staying yet. It was 6pm and I had a napsack with me.

I took a bus and just with where I felt like God was saying took it to Songshan from nangang. Several people directed me and helped me with buses. I had tried to look up Airbnb’s but suddenly heard God say “I will show you”. Okay God.

Then I got off the bus and saw a dessert stand.

I bought one and suddenly asked if she knew of a hostel – she told me a grandma rents rooms upstairs. I went to see it and God said “stay here”.

At midnight I was trying to sleep and suddenly heard God say to dance. I am not making this up as Paul says. I went to the mrt but it all stopped and met two Singaporean girls. They were trying to go back home. I said they should take uber. God said “go with them”. I’m like okay so being not creepy, I chased after them.

I said maybe we can split a cab. They said they wanted to try walking to the bus. But the bus all stopped. They were trying to save money.

So I tried to get money from an atm in case I needed it for a club, but for some reason couldn’t. The transaction failed. They walked in and asked if I could share an Uber with them. They had WiFi and I ha the Uber app!

I got to share a bit of my story as a minister with them. They were both agnostic. It worked out that they were able to give me cash for their share of the ride as I had 100nt on me and had my card connected to uber.

Okay so I heard God say go to 101 Taipei. Honestly I didn’t even think they’d let me in with flip flops but they said it’s okay for ladies. I literally had one dress and just gotten one shirt and shorts in my bag, I’ve been traveling really light and hand washing my underwear. Paul was right when He said “don’t take too much”. Before I’d put on makeup or wear a nice dress but now I just go with the Holy Spirit.

I saw a guy behind me standing by himself. We started talking and he said he was going to visit his friend. He was very against Christianity but I told him how I even got to the club. He said that he actually showed up with no money and that he was going to take the youbike home.

I gave him a hi-five and was like “dude! I went to South Africa with $20 in my pocket!”

He was a bit annoyed but I didn’t care. I know some people are turned off from Christianity but it doesn’t mean they can’t know the real Jesus. Religion is different from knowing the real person of Jesus. And I guess God sends me to show people what Jesus is like, not stuffy and not religious.

When we got to his friend’s bar I noticed two Americans and was shocked, actually they were Jewish, I was like omg God’s chosen people. I was so happy. I’m always happy to see Jesus’ people.

It was the strangest thing because I actually thought about my Jewish friend before I left the house, after trying to sleep for an hour. God always has an assignment when I can’t sleep. It can be annoying but I had a lot of fun.

And yah that’s basically. Holy Spirit story. And yes I did prophesy over them and also because I don’t have WiFi I often ask people to share theirs with me. What a great way to bless others with Jesus!

It was such a miraculous day that I had a dream I found a stash of money and treasures and I split it with two people. I think it meant “spoils”. We are taking spiritual territory! Souls and the rewards that come with that!

Here’s what I wrote before all that happened-

What scares you? Do that.

God impressed on my heart that even though I live my life by faith, there are things I’m timid about, that I’ve still got a self protective layer around me.

What I’m scared of-

1. I’m scared of making the wrong decisions. I don’t realize it sometimes but when I ask holy spirit to lead me, if I don’t hear correctly I am hesitant to make decisions. Obviously I make big decisions when I feel peace but there is an element of risk and faith.

What does that mean- you are free in Christ Jesus. You’re not supposed to be afraid of making mistakes because I’m Christ you are free to live in freedom.

So in this season, you’re supposed to trust you heart and know that hey even when things don’t go completely smoothly God’s got your back no matter what!

He often asks me when I ask Him- what should I do?

He says what do you want to do? Because God is not a slave driver! He is your friend and your opinion matters.

So when we are obsessed about making “right decisions” we are actually living under the law because we are afraid that if we make the wrong decisions we’ll be punished for it.

But Jesus already took the punishment on the cross.

There is no fear in love because fear has to do with punishment. He wants us to live in a way where we are not paranoid about making the wrong decision all the time, like we expect to be punished for being “wrong”.

He’s a good father, not an abusive one.

2. Another fear I had to overcome is the fear of the unknown. Even today I was taking the train to shuangxi when I suddenly heard God say “stay in Taipei, go back to Taipei”. To be honest I did want to stay but I was tired of trying to deal with a new place. A new place entails getting used to possible noise, complaining to the right people, dealing with neighbors, everything. Also for the last few days I’ve been staying in different places every night.

But when I was looking up places after going backwards on the train, the Lord said I will show you where.

I took the train back to nangang, then someone said you should go to Songshan, so I took a bus. Again at this point it’s 6pm and I don’t know where I’m staying yet.

I have a small bag with me.

Someone suggest I get off the bus at the railway station so I do.

I spot a little dessert stand and decide to get one. Then something in me told me to ask about accommodation.

She tells me “the grandma upstairs rents rooms, she might have one!”

She calls her and immediately she comes down to show me. God says “stay here”.

I tell her I’m a Christian minister and she says she knows a relative in America that is one too but she’s Buddhist.

Then I ask someone on the road if there’s a night market and she says “right there”, pointing to in front of me.

I can’t believe how close it is.

I walk forward and notice a rainbow bridge. The Lord had said He was going to surprise me. This was a symbol that His promises are coming to pass. He hasn’t forgotten me. He is working all things together for good.

Then of course after that happened I tried to sleep and then ended up with a wild adventure with Jesus. I’m reminded it’s not about where you go – it’s always about the people you meet along the way.

In one day I probably met 20 people. But it’s not about the numbers, it’s about who they are and how Jesus loves every one of them.

When I was trying to call an Uber I ended up asking a dentist for his WiFi. We talked a bit before I got on my car.

God desires us to be flexible and to move with Him. That means you May not know where you are staying at night, but His leading is always perfect. Will you trust Him completely?

He’s such a good God.

Give and partner with me to bring the grace of God to people around the world and to continue writing these posts!